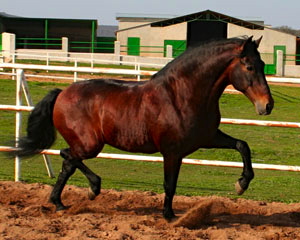 It was the late eighties when we go to riding lessons with our children, to discover and fall in love with the Spanish Purebred and begin to raise him.

We covered with two stallions, one for each line: POPLAR III, closed in bocao, son of Naranjero V, for mares of Virgil, MYSTERIOUS, with iron staircase, son of Vintner III, for his sisters. Gradually, the staircase were gaining ground.

When the daughters of Mystery began to be mares, came SUPERIOR IV iron ladder again, son of Pharaoh XXIV, printing its character and beauty in the stud. 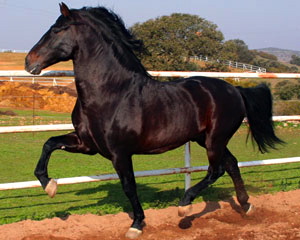 Superior Products To seek new blood IV line Guardiola. When we met effusive, son of Centella V and Effusive II, both multiplatinum in SICAB, we realized that this horse could tell us much at home.

And so, Effusive is giving even today morphologically and functionally spectacular animals. After our commitment to black cape came vane, son of Maria Fernanda Doctor IX. Today mothers daughters are fantastic.

With the growth of the stud, we introducioendo new young stallions from our mothers and sires used. SMOKING V, son of Effusive and Berber XII, XI Scholar son; siguiero line with Guardiola. 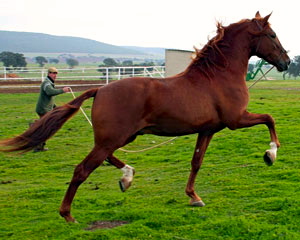 In an effort to find and breed functionality and incorporate character size and also the line of Don Salvador Sánchez Bearded with Novelero XXXII, possibly one of the best stallions steeds of time.

This horse, plus a significant morphology, with solid lines and good top soil, gave us some moves unfortunately unusual in the Spanish horse.

Apart from the extent and timing of these, distinguished by their suspension, rear third drive and easy on the back.